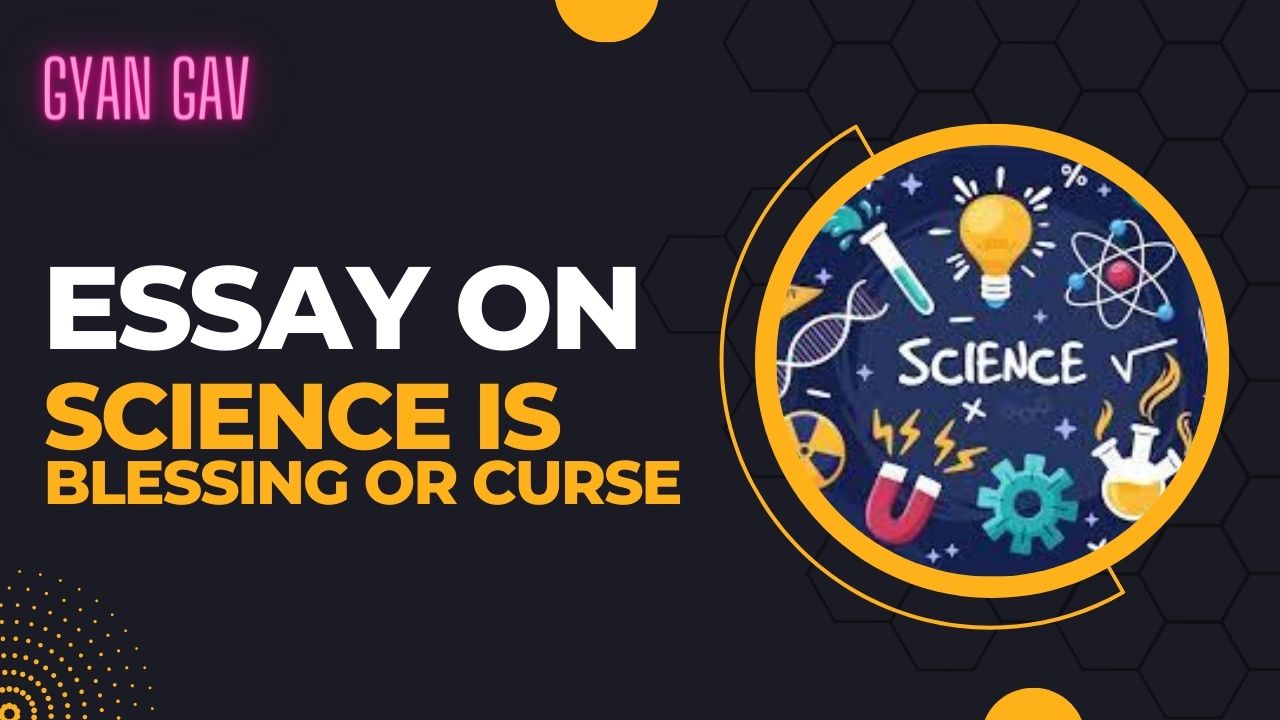 Shakespeare once wrote, “Nothing is good or bad in the world, but thinking makes it so.” This is also true in the case of science. Science is neither a curse nor a blessing. Everything depends on its use. Prof. C.E.M Joad has written, “Science has given us power fit for gods, yet we use them like small children.”

We live in the age of science. It has changed the face of our world. Scientific inventions like computers, satellites, x-rays, radium, plastic surgery, cellular phones, photography, and machines have proved very useful. They have given much comfort, ease, and convincing. There are no spheres of life where science has not helped us.

Essay on Science is Blessing or Curse (500+ words)

In today’s era, the innovators of science have created a revolution in the world. Without science, the independent existence of man cannot be imagined. With the help of science, man is constantly conquering nature.

A few years from now, humans used to be surprised by the discussion of the inventions of science, but today those inventions have completely mixed up in the life of man.

Science as a boon

Science has collected many types of resources for the benefit of man today. It is achievable only by science to go from one position to another by airplane, running the places of opponents in a moment. Science has been verified to be a boon for human life, Earlier it was difficult to take long trips.

Long journeys used to take a long time but today rail, motor, and aircraft have made long journeys extremely easy. Not only on earth, today man has set his steps on the moon as well.

Science may be a boon if war can be abolished and democracy and cultural liberty preserved. If this cannot be done, science will precipitate evils greater than any that mankind has ever experienced.

Through mobile, telephone, telegram, fax, and email, science has shown many miracles in the field of communication. Through these tools, information can be transported from one corner of the country to the other in a moment, radio and television are also doing important work in this field.

Science has also proved to be a boon in the field of medicine. With the help of the modern medical system, the most serious diseases that occur in the body can not only be removed but can also be detected before time. The field of agriculture has been upgraded by scientific measures and instruments. Due to this the yield of crops has increased.

Science as a curse

There is another aspect of science. The second aspect of science is that it has become a curse in front of humans. Science has given a lot of power to the hands of man and has not imposed any restrictions on its use. Facilitator devices make humans lazy. Excessive use of equipment has led to unemployment in the country.

Today nuclear and hydrogen bombs have become a threat to world peace. Therefore, at any time the whole world can be burnt to ashes with its use. A selfish man is using power for more destructive actions than for his own benefit.

Looking at the benefits and losses of science, it can be said that another science is beneficial for us and on the other hand it is also destructive. To destroy is not the fault of science but it is definitely the fault of the human selfish mind. If a man stops his wrong habits then science is a boon for man otherwise it is a curse.

Ritesh- Hello Mohan, How are you? I got to know that you are sending your son to America for higher studies. Which courses he has opted for?

Mohan- Yes Ritesh, You are right. My son is going abroad for higher studies. He wants to become a scientist.

Ritesh- Why does he want to become a scientist? There are lots of other options like computers which have much scope in India only.

Mohan- Ritesh, this is the era of science, New things are being invented day by day. If we want to live our life smoothly we cannot ignore the importance of science.