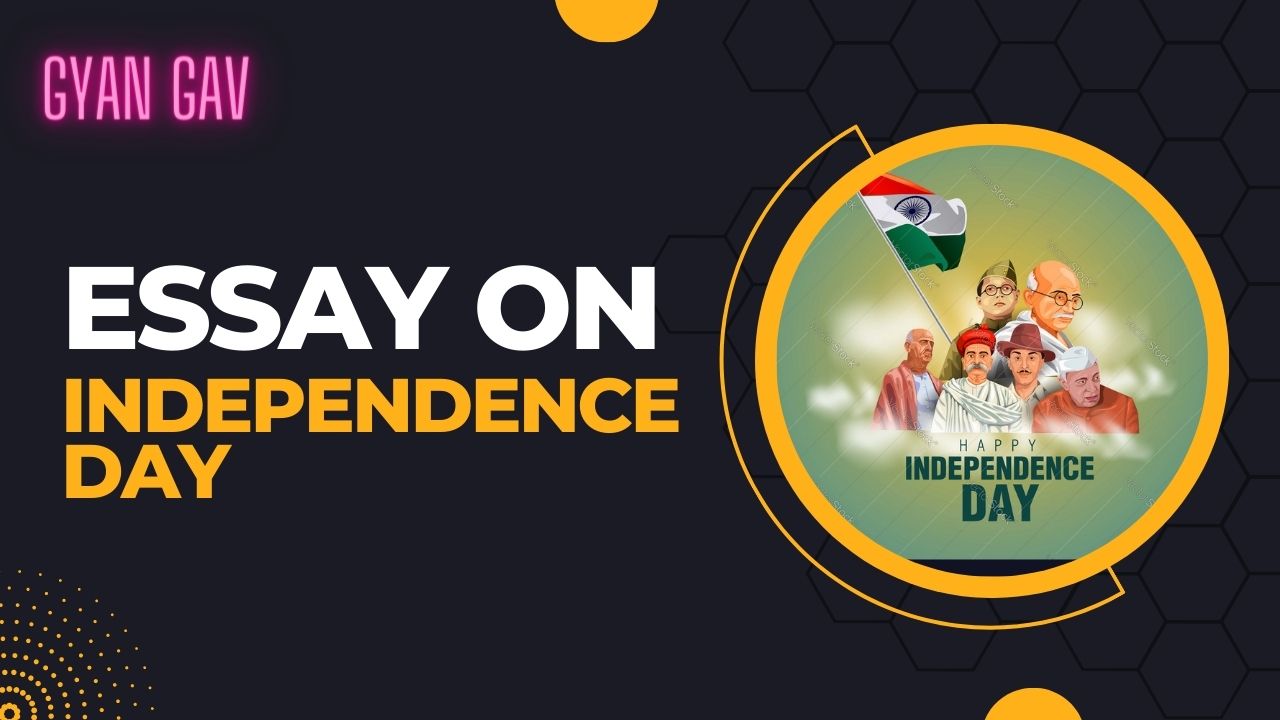 Essay on independence day – India celebrates its Independence Day on August 15th every year. This day marks the country’s independence from British rule in 1947. It is a national holiday for Indians to come together and celebrate their freedom, unity, and diversity. The history of India’s independence is long and complex, with roots dating back to the 19th century. During this time, India was ruled by the British Empire and was known as the British Raj. The British significantly impacted India, introducing western ideas, systems, and technologies to the country. However, their rule was also marked by widespread exploitation, discrimination, and repression of the Indian people.

In the early 20th century, the Indian independence movement gained momentum. Led by figures such as Mahatma Gandhi, Jawaharlal Nehru, and Sardar Vallabhbhai Patel, the movement advocated for non-violent resistance and civil disobedience against British rule.

One of the key events in the struggle for independence was the Salt Satyagraha, also known as the Salt March, in 1930. Gandhi led a 240-mile march to the Arabian Sea to protest the British salt tax, which was seen as a symbol of British oppression. The Salt Satyagraha was a major turning point in the independence movement, as it galvanized the Indian people and inspired them to take action against British rule.

After years of struggle and negotiations, India finally gained its independence on August 15th, 1947. The country was partitioned into two separate nations – India and Pakistan – based on religious lines. This decision was met with violence and tensions between the two countries have persisted to this day.

Independence Day is a time for celebration and reflection in India. On this day, the Indian flag is hoisted at government buildings and schools, and patriotic songs and speeches are held. The Prime Minister of India gives a speech from the Red Fort in Delhi, outlining the achievements of the country and its future goals. Independence Day is also a time for cultural festivals and parades, with people from all over the country coming together to celebrate their shared history and culture.

In conclusion, Independence Day is an important national holiday in India, marking the country’s freedom from British rule and its journey toward nationhood. It is a time for celebration, reflection, and unity, as the Indian people come together to honor their past and look toward a bright future.

India got independence on 15th August 1947. We have been observing this as our national day. This day reminds us of the sacrifice of our freedom. Where the power is in the hands of the common man.

On this day the streets of every City are decorated with a national flag. During the celebration at Red fort, New Delhi many tasks including March past are performed by the Indian army and cultural events in the school. Students perform many plays in the school. After the national flag hosting and national anthem recitation, the prime minister gives his annual speech.

Our Independence Day reminds us of our glorious past, our achievements, and the sacrifice of the innumerable martyrs to the cause of freedom. It inspires us to stand united and work together forgetting the difference between cast, creed, color, and language.