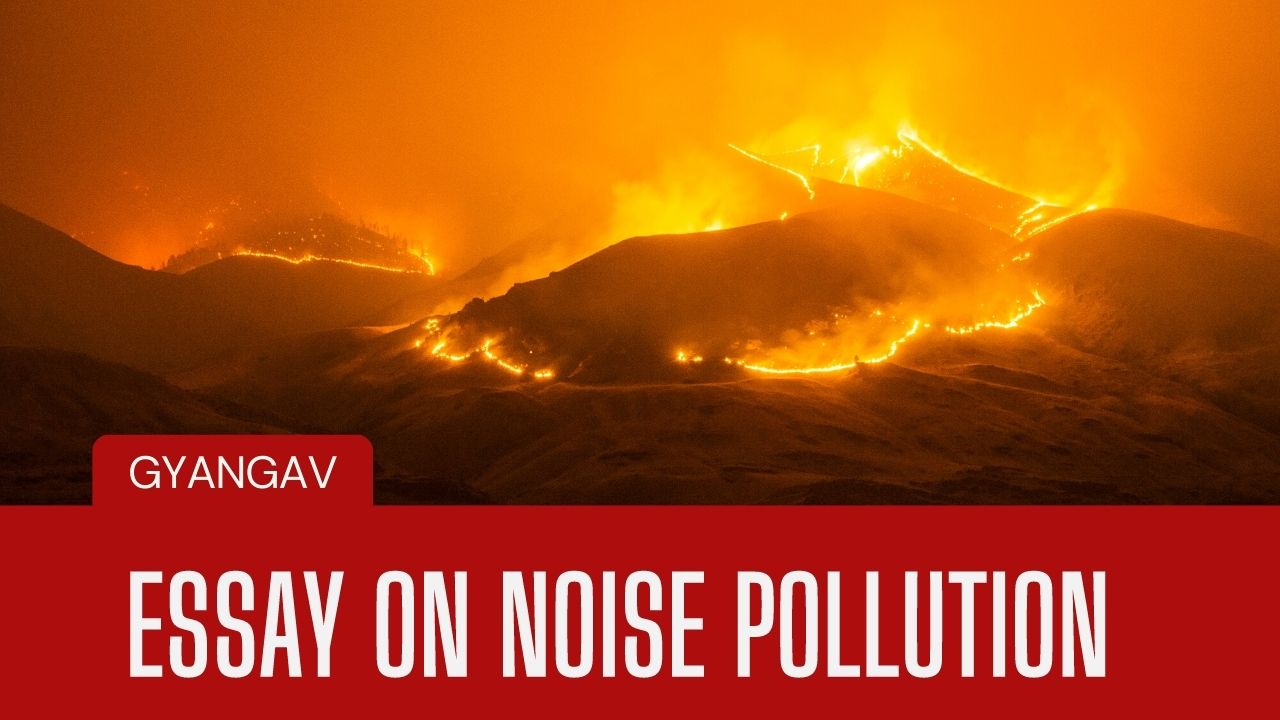 Essay on Noise pollution – The word pollution comes from the Latin ‘polluere’ which simply means contamination. The presence of harmful substances in the air, land, and water, which can have an adverse effect on living beings and on the environment is pollution.

The different types of pollution are as follows:- Essay on Noise Pollution – There are many pollutions in our environment, Noice pollution is one of them and this is very dangerous for our health. Noise pollution is not only fatal for mankind, it is equally fatal to all living beings. It affects the routine of wildlife. Noise pollution affects the environment more than it affects our mental and physical condition. Noise pollution is caused by large machines, weddings, parties, and vehicle horns. As the world is advancing at a rapid rate, so is noise pollution. Technology has made things easier for people by creating appliances and devices for almost everything. Noise pollution is a very dangerous problem the earth facing these days. Noise pollution is equally harmful to other pollution like air, soil, and water pollution. The equipment they use like compressors, exhaust fans, generators, and more produce a lot of noise. In addition, the construction activities like mining, the building of flyovers, bridges, and more also produce great noise. It reduces the ear sensitivity to the sounds that the human body requires to regulate the rhythm of the body.

Introduction:-  According to Robert Lacey, of all the variety of modern pollution, noise is the most insidious. The rapidly dreadful condition of the environment is the result of our overindulgence. This can be seen in the poisoned air, polluted water mountains of garbage, and waste deafening noise. The main cause of noise pollution is vehicles. It also creates problems with concentration in schools and colleges; besides, roads are worst affected by noise pollution.

High level of noise causes a huge nuisance, injuries, physical trauma, bleeding around the brain, large bubbles in organs, and even death to marine animals especially whales and dolphins as they use their hearing ability to communicate, find food, defend and survive in water. The Source of noise in the water is the navy submarine’s sonar which can be felt around 300 miles away. The consequences of noise pollution are more dangerous and worrying in the near future. Higher levels of noise are hazardous and it is also difficult to make their escape in a closed environment. The increased levels of noise pollution in the environment have made it an urgent need to create awareness about the causes, effects, and prevention of noise pollution. The higher level of noise should be reduced at home and also at the workplace.

Our eardrum is the part of our body that helps in receiving sound vibrations. 60db is the maximum level of sound that soothes the ears and does not affect them in any way. But when the level crosses 80db, the sound becomes painful and uncomfortable both physically and mentally. A sound is said to create noise pollution when it gets unbearable to the living being hearing it, whether human, animal or even a bird, fish, etc.